Of the 339 municipalities that make up the department of Ardèche, 20 villages have the Village de Caractère label, and 24 others are currently candidates to join this label.

The Villages of Character will seduce you by their charm, their authenticity, the richness of their natural and architectural heritage, where know-how and traditions are in the honor for your greatest pleasure.

Pretty village hung on its cliff above the Ardèche, Balazuc is quite simply exceptional. Classified among the Most Beautiful Villages in France, and Villages of Character, it will seduce you with the maze of its alleys and its history.

Vogüé and its castle

Vogüé is a village in the Ardèche, famous for its castle, medieval houses, cobbled streets, stone arches and high limestone cliffs overlooking the Ardèche. In 2016, the village is ranked in the top 5 of the show Village Préféré des Français. The village of Vogüé is built in an arc of circle, in a majestic cliff which overhangs the Ardèche. Vogüé is composed of small narrow streets, interspersed with stone arcades. The houses are all ancient, most even dating from the Middle Ages.

The castle of Vogüé is an ancient fortress, whose reconstruction dates from the 15th and 16th centuries. The castle consists of a main building and four corner towers. It is a descendant of the Vogüé who bought the castle in 1840, to restore it after the sackings which it had undergone during the revolution. The magnificent Château de Vogüé is open to the public and frequently hosts temporary exhibitions. From its hanging gardens, the panorama is splendid.

It is a picturesque village nestled against millenary cliffs, dug out of multiple caves serving our ancestors. From troglodyte dwellings, these caves gave way to a medieval village leaning against its rock and dominated by its castle. Labeaume is also its many narrow and winding streets, labyrinth of rustic architecture, its old church with an epitaph from 1340, its particular bell tower supported by huge columns. What a sensation to arrive in Labeaume, to see this village appear at the last moment classified of character with its houses of stones and pebbles hung on the cliff which encircle the place where the majestic plane trees burst lead to the singular bridge. 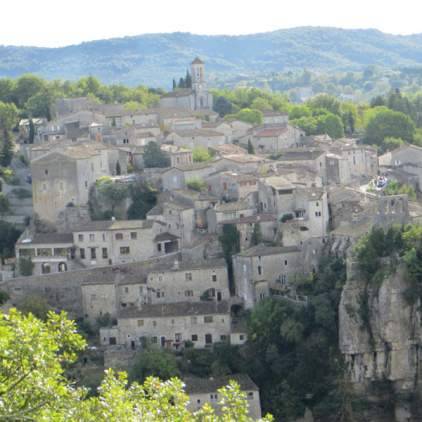 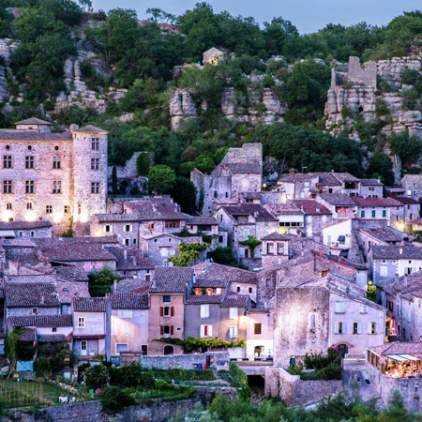 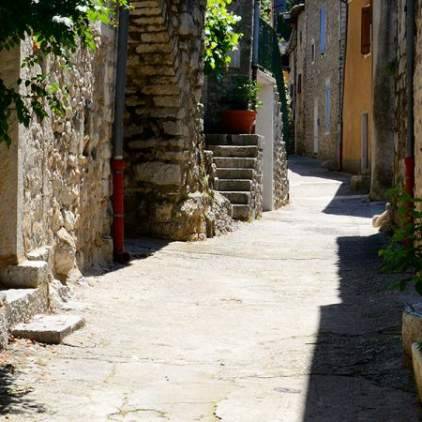 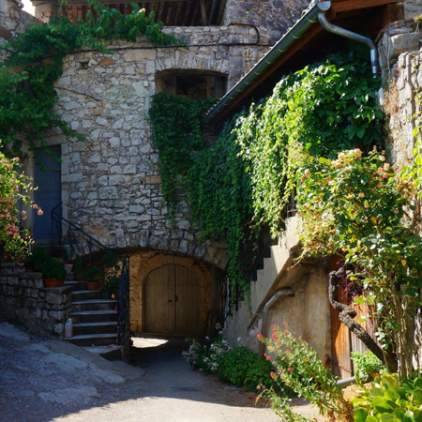 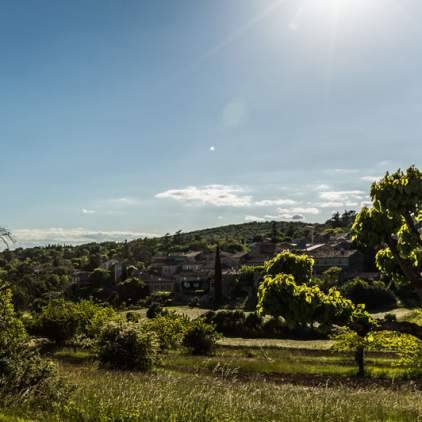 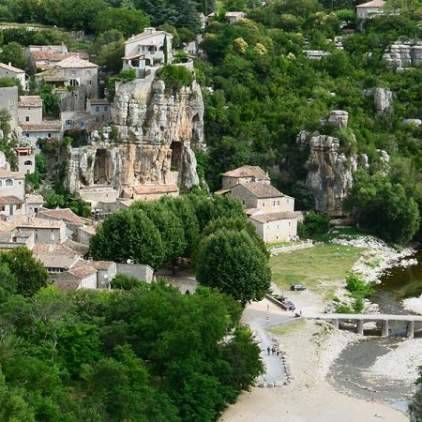 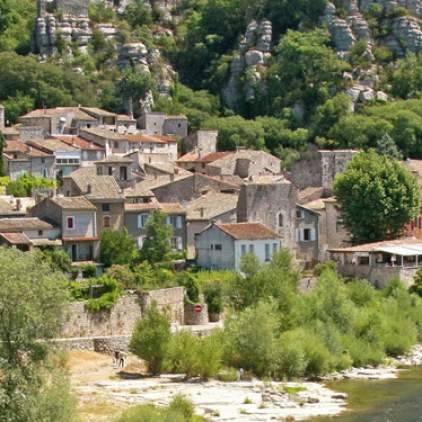